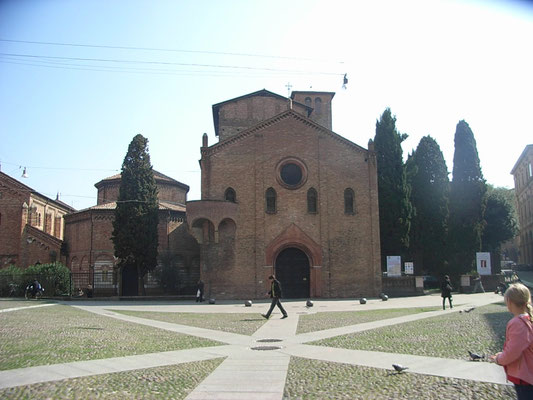 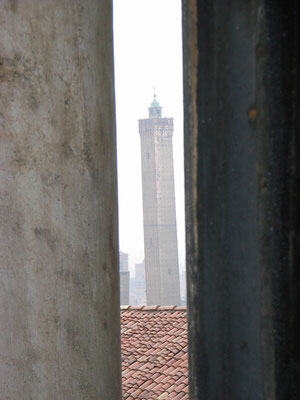 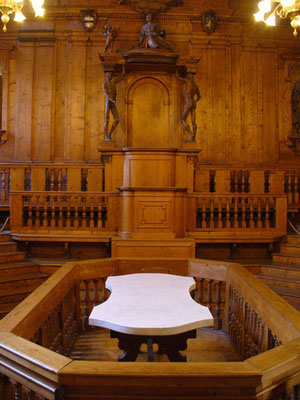 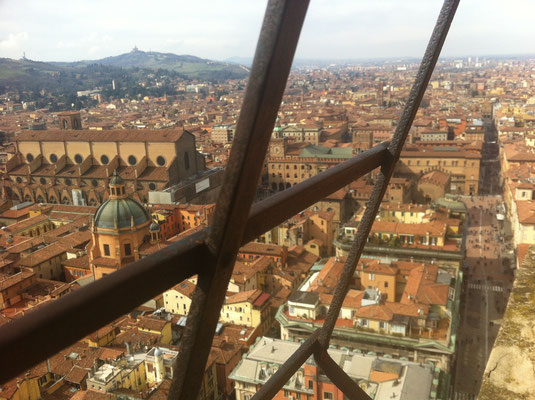 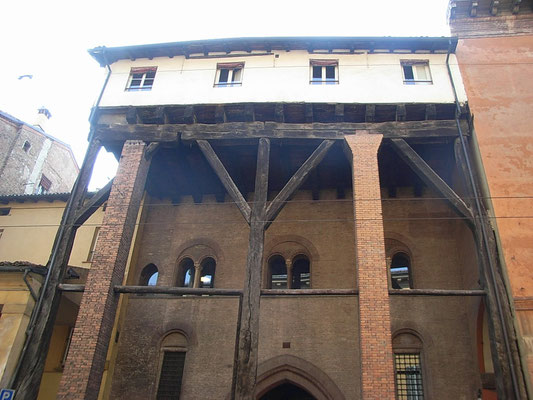 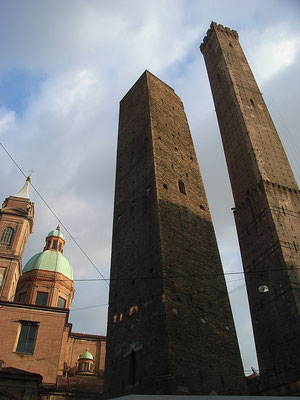 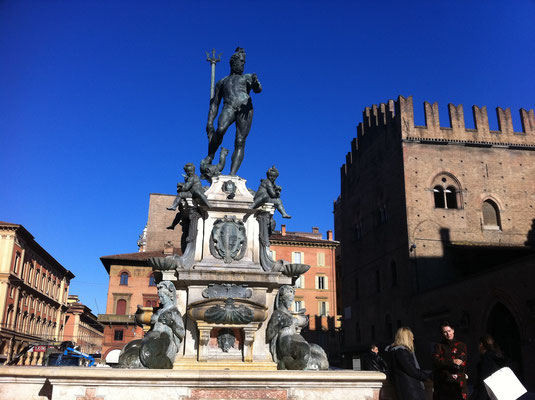 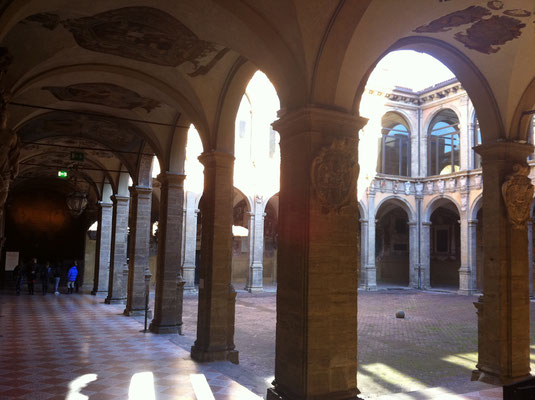 "What you call Bologna is a big thing, from Parma to Cattolica ... where people really live in Modena, work in Bologna and go dancing in Rimini in the evening ... it's a strange metropolis ... that spreads of oil between the sea and the Apennines."

It's true! Bologna is beautiful, surprising, very Italian,  as conservative as revolutionary, excessive but never tacky. Bologna The Red lines kilometers of arcades called Portici and beautiful facades along the historic streets converging towards the Piazza Maggiore. As in an operetta scenography, the gothic courts the renaissance and the classic. The warm colors vary from ocher to brick red. Entering the palaces and oratories during the guided tour, you can admire frescoes, trompe-l'oeil from the school of great Bolognese painting.

In Bologna, the presence of science and the oldest university in the world are as palpable as are the delicacies of local gastronomy. My guided tours take you to the heart of Bologna and evokes characters, music, sculptures, university, Jewish quarter, waterways... There are many possibilities for visits and none is ever the same for me, simply because my visitors are always unique.

Every hour is an invitation on the terrace for a coffee, a mortadella pannino or a glass of Pignoletto ...

By choosing GuideinBologna for your guided tour, the private tour that I propose allows you to immediately discover the essentials by benefiting from the advantages offered with an authorized guide for the guided tour in Bologna without worrying about reservations or queuing.

Here are some itineraries that we can  modify or mix to make your visit a special moment and our meeting a very pleasant moment. Do not forget the visits suitable for children, the visually impaired, cycling, segways, photo rallies, treasure hunts ...

And if you have a vehicle, in the hills around Bologna, there are many charming villages  with castles to discover.

Itineraries in Bologna and surroundings

My best-seller  RED LEARNED & FAT walking tour underlines the 3 strong points of Bologna : the architecture clay based, the tradition of its university and the gastronomy.  During the guided tour you will see Piazza Maggiore and its "Fontana del Nettuno", the PALAZZO DEL COMUNE (city hall), the PALAZZO RE ENZO , the basilica title after SAN PETRONIO, the PALAZZO DELL'ARCHIGINNASIO, ancient seat of the University and the Teatro Anatomico* . We complete our tour along the Market streets showing typical products of Bolognese cuisine and the TWO LEANING TOWERS.

Bologna in a day

To see more with a lunch break. To complete the morning visit as per BOLOGNA MUST-SEE above , we will see in the afternoon the Abbey of Santo Stefano  dating back the V century, located on the homonymous square, the house of Gioacchino Rossini and the Opera house (outside) in the vibrant university district.

Gluttonous itinerary with tastings that will take you to two different markets, chocolate shop, coffees, in the squares where gastronomy finds its origins, to see how pasta like tortellini, lasagne is made, to explain our local products in the showcase and all secrets about Mortadella, prosciutto, cakes ... We will taste*, if you want it as local people do in typical places. (more details in  Food&wine section)

It is a visit to know the history of the oldest university in the Western world with first the  old headquarters, the jurists' room, the anatomical theater*,  and then the current vibrant Latin quarter with all the students, the places of science, debates, discoveries and famous people.

The terracotta is considered the "marble" of Bologna. Clay has always been used with virtuosity by local artists: facades, friezes, capitals, dramatic sculptures... Michelangelo himself praised them. Superb facades and sculptures await you.

A leitmotiv in Bologna, the so called PORTICO is a particularity of Bologna that borders all its streets. During this visit we will discover how functional it was how different it appears according to social conditions. From the old wooden porches to the modern architecture. Each portico also has its own door with elegant mouldings and monumental handles.

Bologna and its masterpieces between painting and frescoes. I will take you to admire some interiors with surprising frescoes to conclude at the National Gallery where we can admire, among others, Giotto, Raffaello, the Bolognese school with the Carracci and Guido Reni.

Among luthiers, theatre and composers. Unesco city of music, Bologna was the European reference of music in Mozart's time ... we walk in the footsteps of composers like Rossini, visit a luthier and admire the Opera House and the music museum.

Bologna and the towers

There are still 21 well visible medieval towers in Bologna and they all have their own history ... I will take you to discover the secrets of the most famous  and strange. You will end the tour if you wish with the ascent of the highest one on your own! *

With the possibility of visiting the synagogue*, Bologna is full of testimonies and the ghetto is not the happiest. we will see frescoes, alleys with evocative toponymy, tombstones and we will talk about the persecutions of the sixteenth century and participation in the Bolognese university.

You will find some proposals in the experiences section: treasure hunt, special visit for children with diplomas, love & dedication itinerary, fashion, bike, segway, tour of the Taverns…